So Is There Such A Thing As A ‘Dumb’ Dog?

Why May It Feel Like Some Canines Are Harder to Train Than Others?

Have you ever wondered whether your dog is “not smart” compared with other pooches?

The short answer is—there are no “dumb” dogs. Several elements must be considered when it comes to understanding dog intelligence, including what activities the breed was historically bred for, as well as environmental factors.

Dogs are able to solve complex problems and are more like humans as well as other higher primates than previously thought. 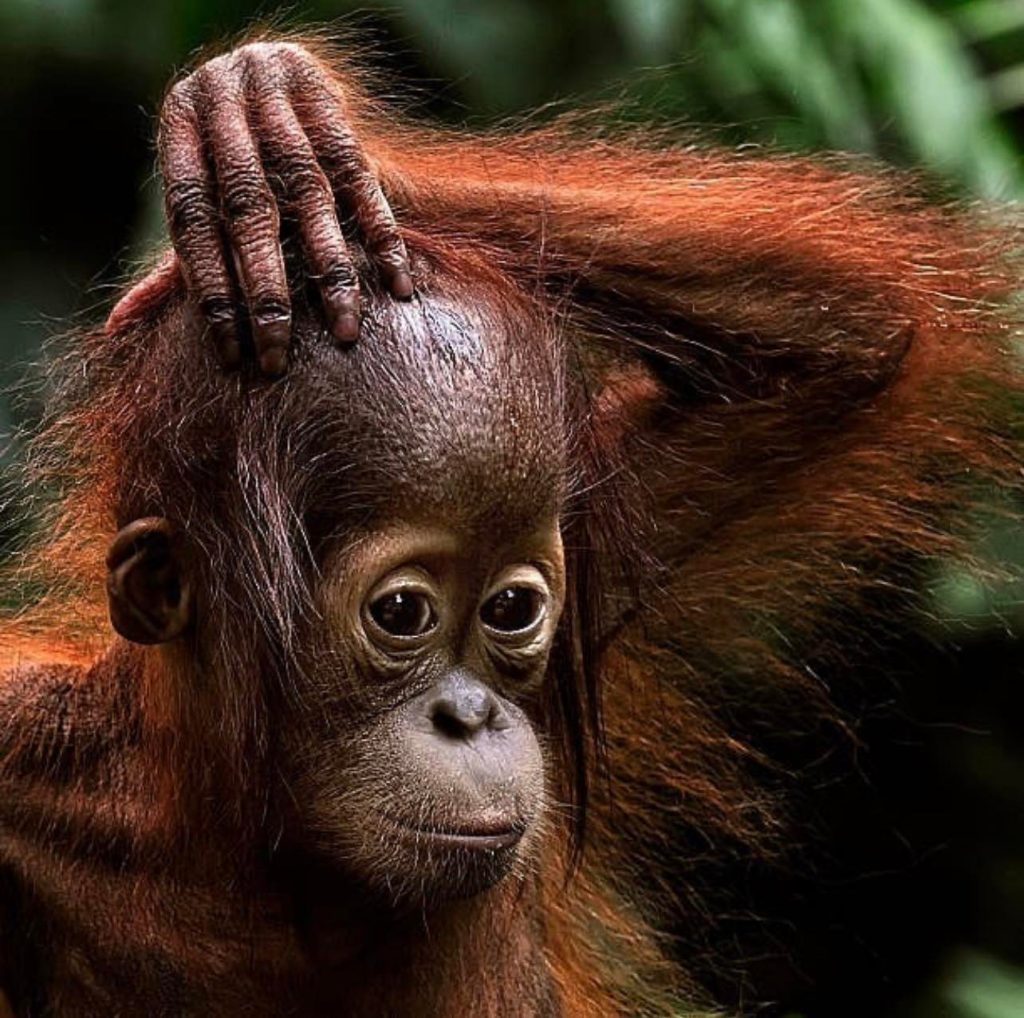 Their stunning flashes of brilliance and creativity are reminders that they may not be Einsteins but are sure closer to humans than we percieve. Many believe a dog’s mental ability is close to a human child aged from two to 2.5 years old, according to several behavioral measures.
Dogs are also capable of deliberately attempting to deceive other dogs and people in a bid to get rewards and they are nearly as successful in deceiving humans as humans are in deceiving dogs.

Many people base their judgement of a dog’s intelligence on the animal’s trainability. But the idea of breeds being easy or difficult to train is relative, as different breeds were developed to perform specific jobs.

The discussion about difficult breeds to train—possibly implying the breed is not known for being ‘smart’—is bound to offend someone, who is likely the breeder.

In the beginning, dogs helped people by herding, hunting and guarding and over time, they became companions. Some breeds were shown to make excellent service dogs or competitors in sports such as agility.

The key aspects to think about when it comes to training your dog is what your breed was created to do and what kinds of training you want to do with your puppy.

If you want to train your dog to hunt and you choose a terrier, you might end up thinking your dog is not trainable, when it is actually you who is not so smart.

Can Dog Intelligence Be Measured?

It’s certainly possible to measure a dog’s intelligence level but it’s important to note there are many different types of intelligence.

For example, wolves are quite intelligent and great at solving problems but lack the “social intelligence” that most dogs have, which makes them able to understand and use human social cues. Some dogs may have a good working memory but have poor spatial reasoning or vice versa.

The differences we see in dogs in these specific measures of intelligence tend to vary more at an individual level than a breed level, even when the specific skills that were selected for in each breed (e.g. herding, retrieving, pointing, sledging) mean dogs of specific breeds tend to have more of an innate drive to perform certain behaviors.

There are three types of dog intelligence.

It’s hard to define dog intelligence because it depends on the criteria, which is set by humans.

The idea of measuring a dog’s ‘intelligence’ is just too fuzzy to be of much use. If we measure intelligence based on the speed of training, this changes through time with the dog’s experiences, so it can’t be described as a fixed trait.

If we mean speed of problem solving, then what kinds of problems? Finding pieces of food hidden under cups? The least talented dog is so vastly much better at this than the most talented human that we can barely even talk about it intelligibly. And anything we try to measure may simply be a measure of how well we humans can predict how a dog may respond to a given situation.

Do Dogs Have Common Sense? 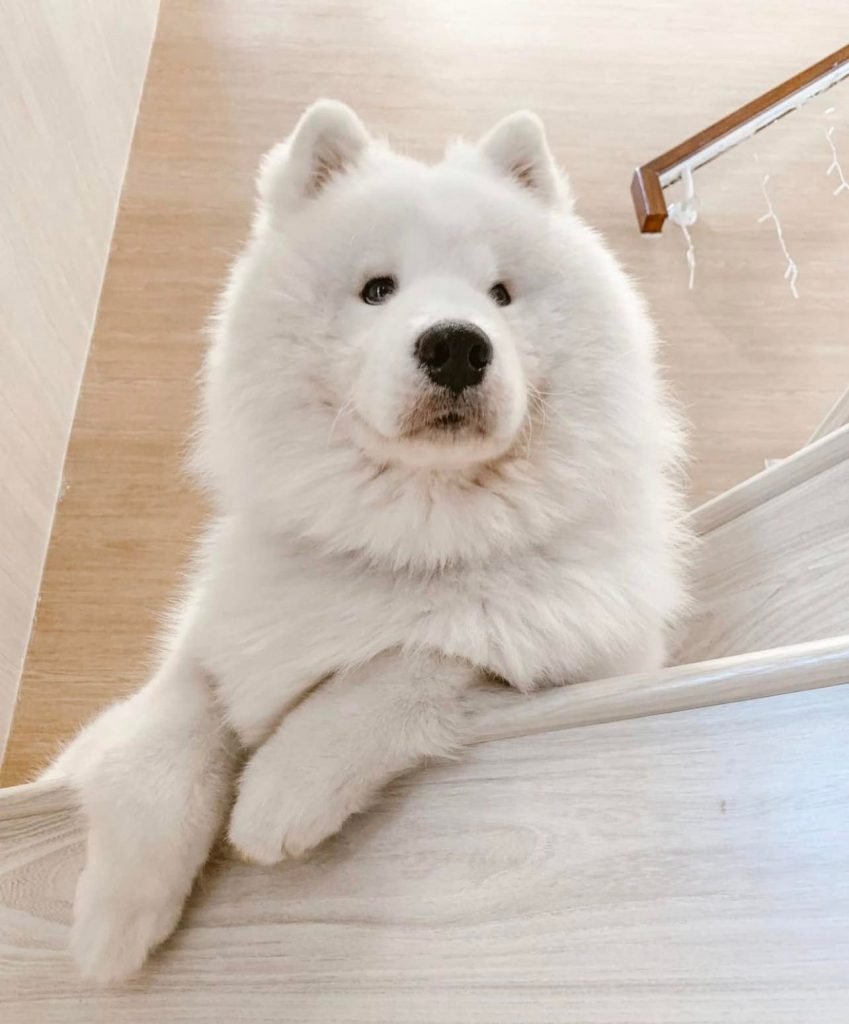 There is no evidence that certain breeds lack ‘common sense. Some breeds aren’t ‘expected’ to be smart, so those owners may not spend time training them, therefore, they ‘aren’t smart’.

Larger dog breeds have larger brains and they have shown some evidence of higher executive functioning but not intelligence.

Are Certain Dog Breeds ‘Smarter’ Than Others?

Based on data from 208 dog obedience judges from the U.S. and Canada showing the differences in working and obedience intelligence of dog breeds: Border collies are number one; poodles are second, followed by German shepherds. Fourth on the list is golden retrievers; fifth, dobermans; sixth, Shetland sheepdogs; and finally, labrador retrievers.

For the most part, how difficult it is to train a certain dog has very little to do with its intelligence and everything to do with its temperament and motivation.

An example of this is the mutation in the POMC (proopiomelanocortin) gene found in some labrador retrievers. This gives some labradors a much higher food motivation which, in the right environment, could make them a lot more trainable than dogs that are less motivated by food.

However, this also means that without the right training and environment, these labradors are more prone to obesity or swallowing inappropriate objects, highlighting how trainability and common sense can be two very different things. 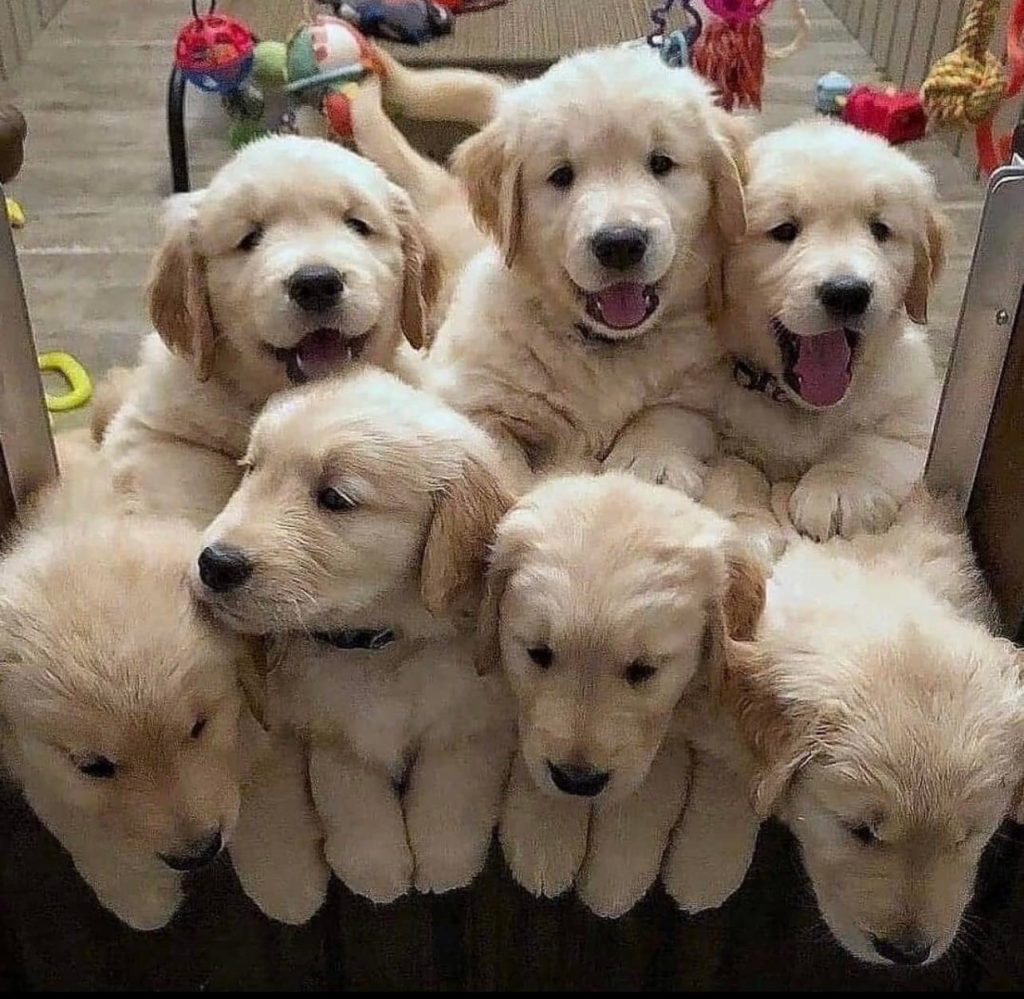 Overall, how easily trainable or “smart” a dog is cannot be judged according to the breed, as it differs depending on the individual dog, according to experts.

While there are certainly physical and behavioral characteristics associated with different breeds, so much depends on the traits of each individual dog, such as their age, health, socialization and previous experiences.

When it comes to training dogs, and canine behavior in general, I think it’s important to focus on the individual, and not make presumptions about what that dog can or can’t do based on their breed.

Dog breeds that have been identified as highly trainable or not so trainable have often been named as such based on studies that have sometimes fallen into the category of pseudo-research. Some authors have ranked breeds based on how well they do in obedience competitions. However, not all breeds are geared to competitive obedience training.

There’s no point in trying to predict how easy or difficult it will be to train a dog (or how “smart” it is) based on their breed, because many dogs have various breeds in their ancestry, so it’s more difficult to associate any given trait or their trainability down to a single breed.

A few studies have attempted to correlate the human perception of ‘trainability’ by breed, but there is simply no way to account for the numerous confounds involved to make such an effort productive.

Every dog is an individual dizzying combination of environmental and genetic factors that interact and influence how they respond to the world.

Training is simply a question of how good we are at setting up situations that will result in our dogs wanting to do the things we want them to do. The differences are just what happens to motivate a given individual most strongly.

Can Dogs Get ‘Smarter’?

All dogs who’ve had a bit of training can become “smarter” the more you train them, “smarter” in the sense of quicker to catch on to what particular game is in play at the moment.

Once a dog has learned that it can do something in exchange for something it wants, it will start trying various behaviors until it hits the one you want, thinking “Are we playing the sit game? the lie down game? the come game?”.

However, the person training the dog must first prove to the dog that it can actually influence the trainer’s behavior. This makes the dog a “believer” and easy to train. Dogs who have had little or inconsistent training have no way of knowing this.
Leash training and basic behaviors (such as sit, stay and drop it) are vital to keep your dog safe and out of danger. It’s also a great way to engage and bond with your dog, so we shouldn’t let our expectations of what certain breeds can or cannot do interfere with this important activity.

10 Dog Breeds That Can Be ‘Difficult’ to Train

Below are some dog breeds that “can be difficult” to train, as outlined by the AKC, listed in alphabetical order.
It’s important to note we’ve worked with each of these breeds and the results are the same…You get out of your dog what you put into your dog! 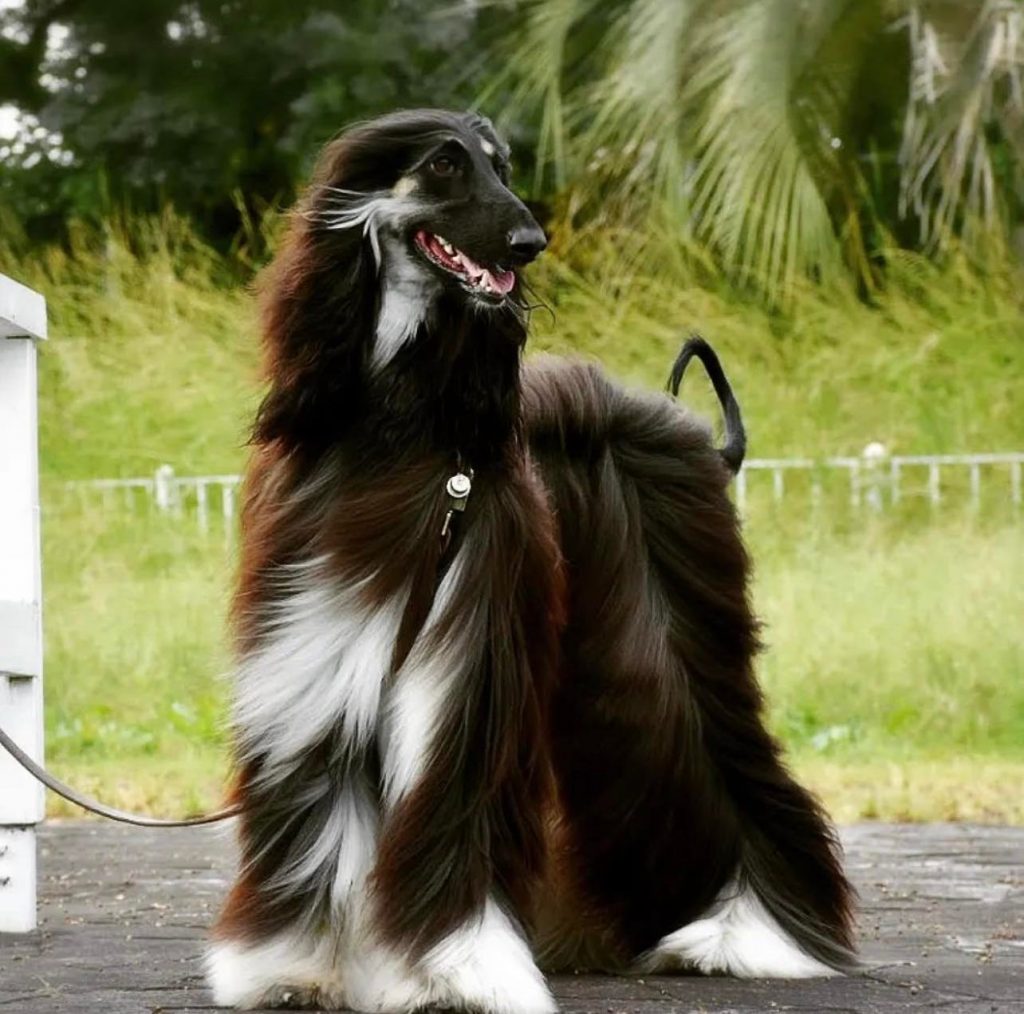 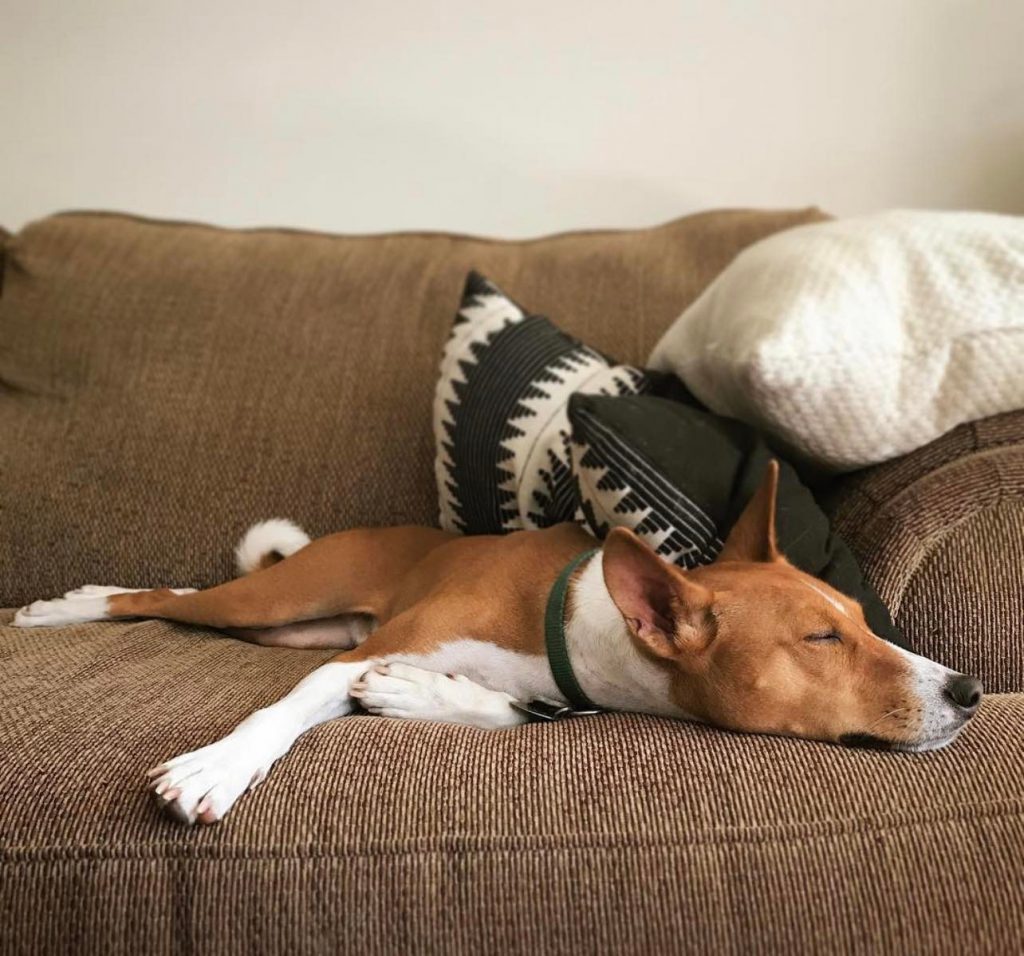 Typical traits: Endearing, agreeable, independent and can be stubborn. 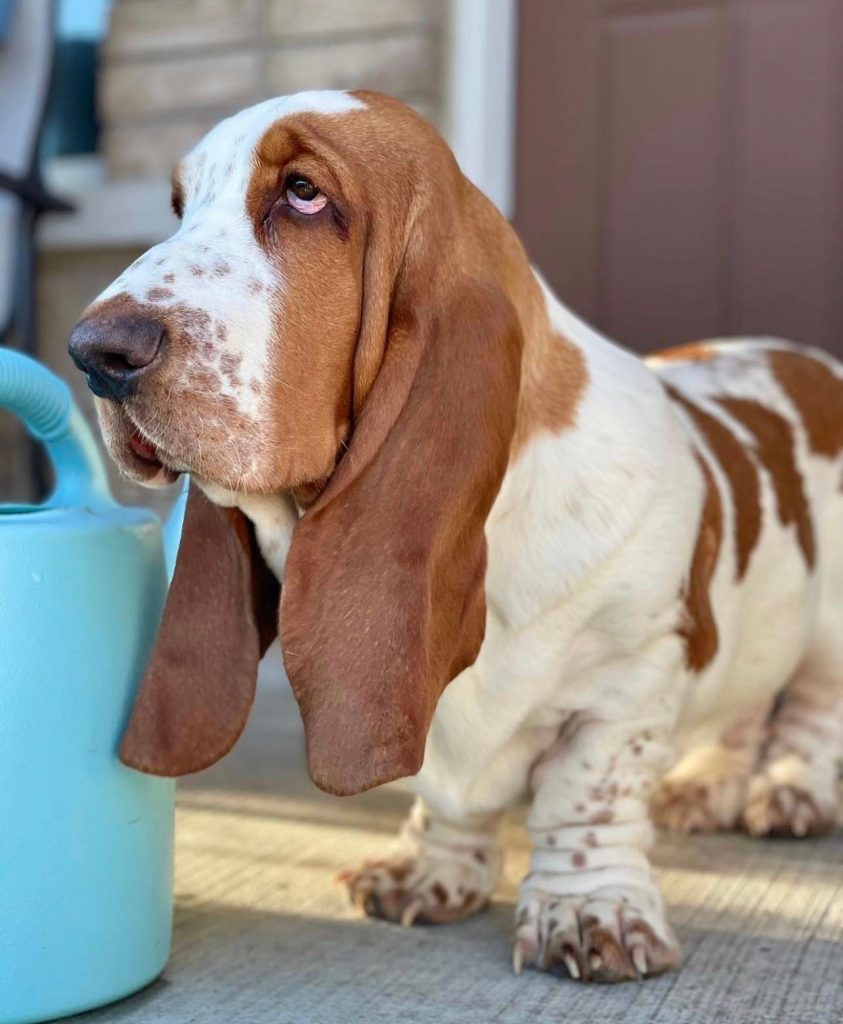 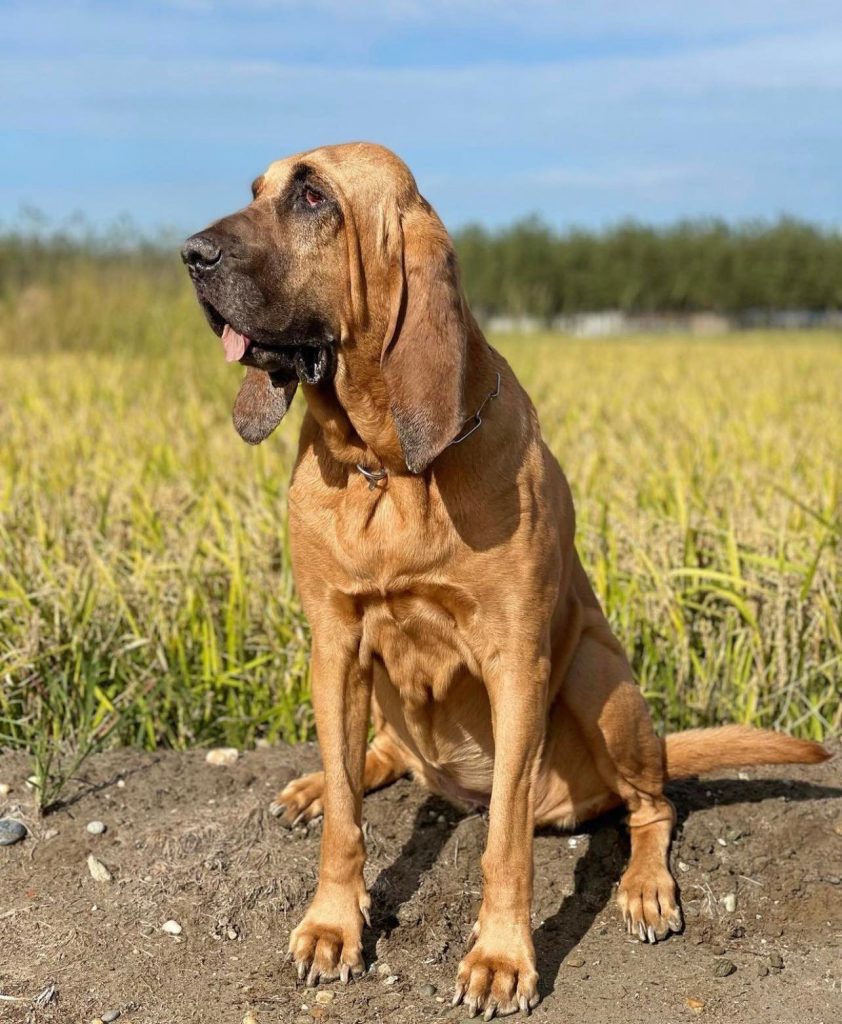 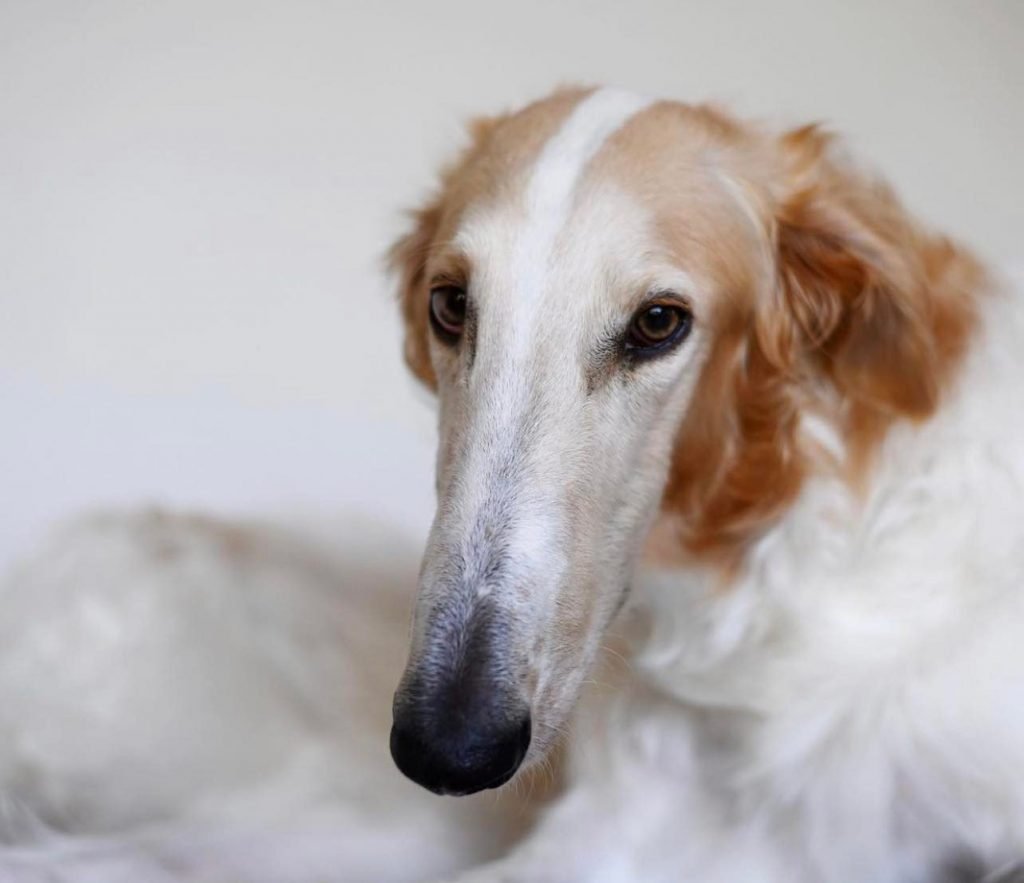 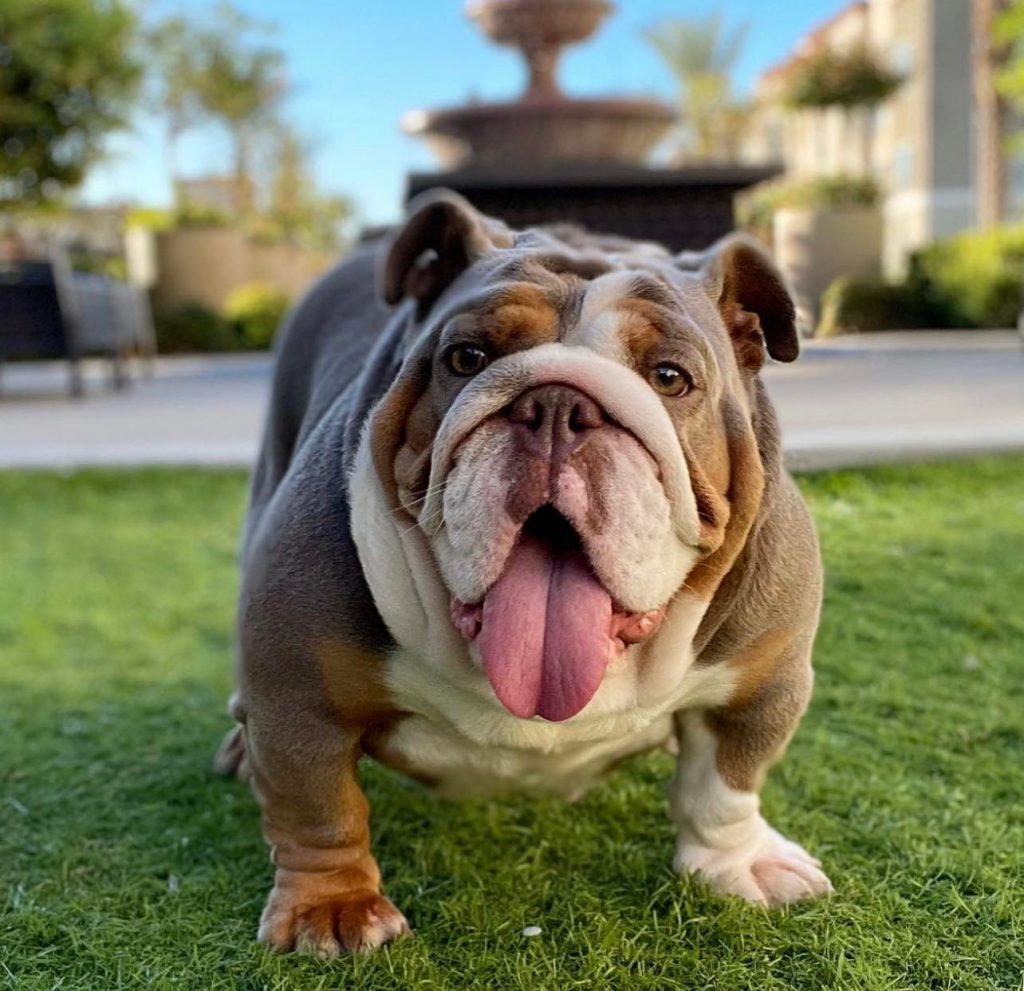 Typical traits: Charming and sassy, confident, intelligent. They can do obedience and other sports well. 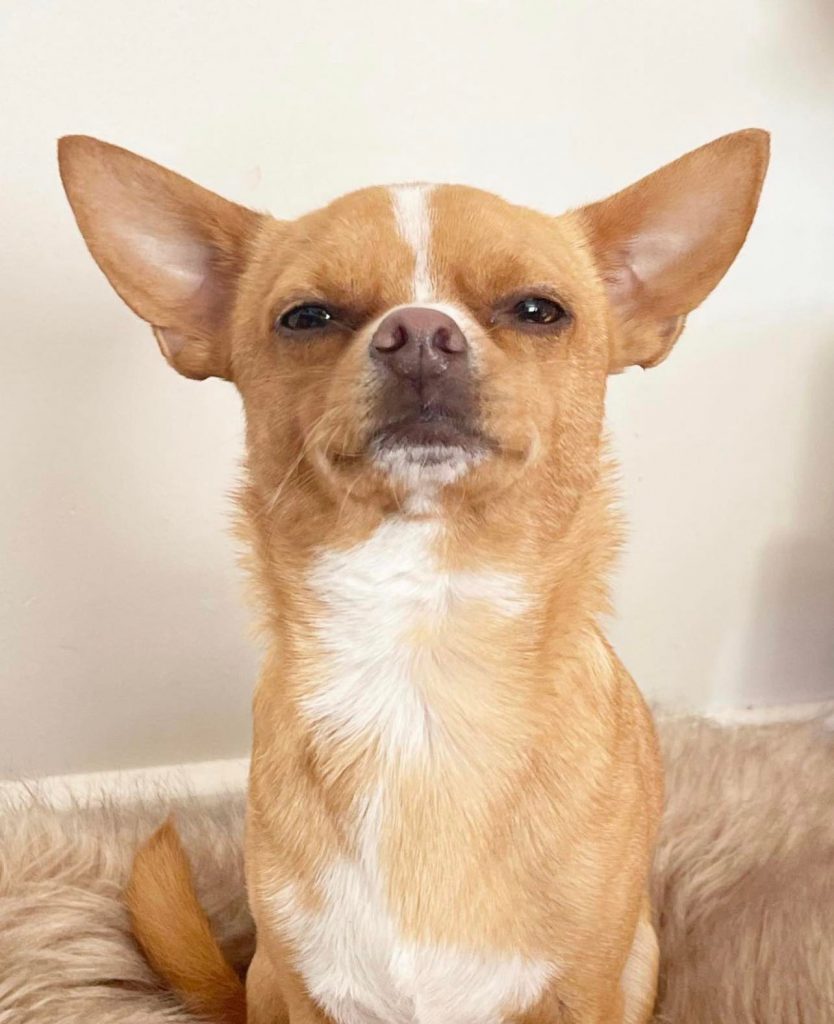 Typical traits: Dignified, serious-minded, reserved, discerning with strangers and can be stubborn. 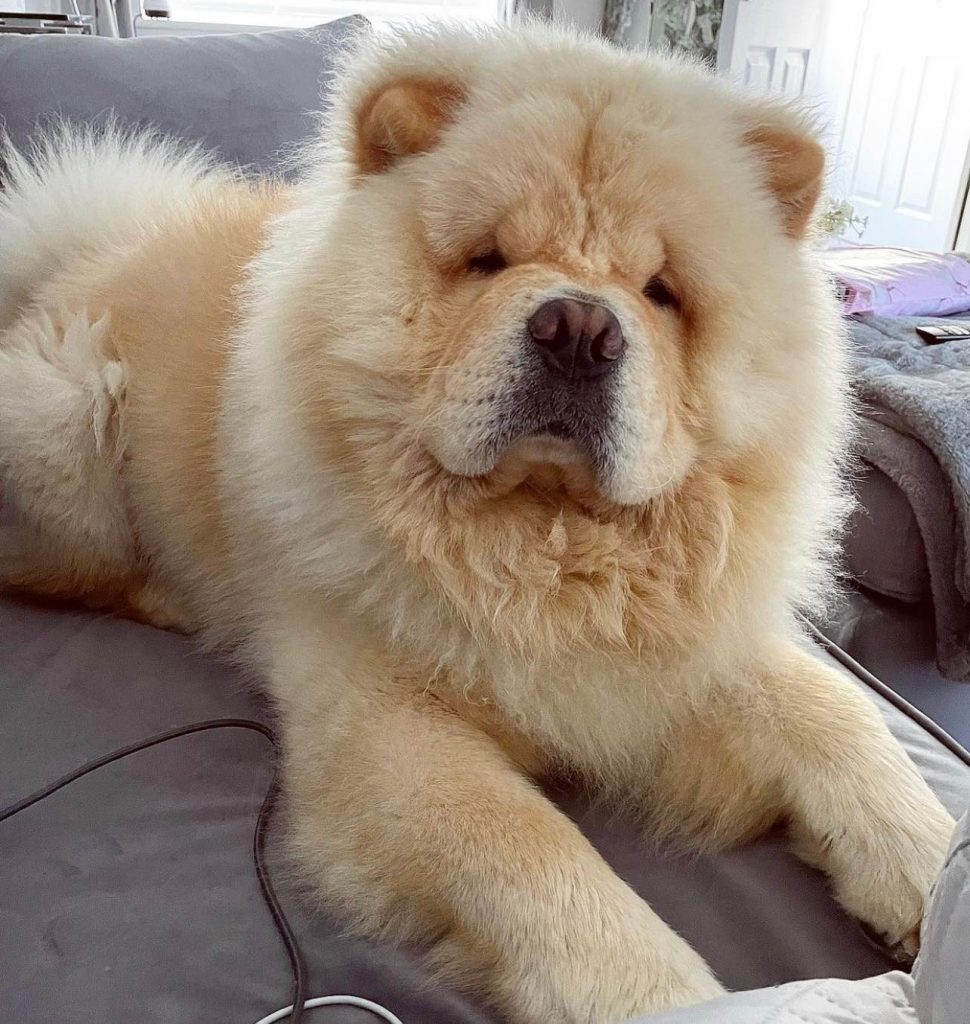 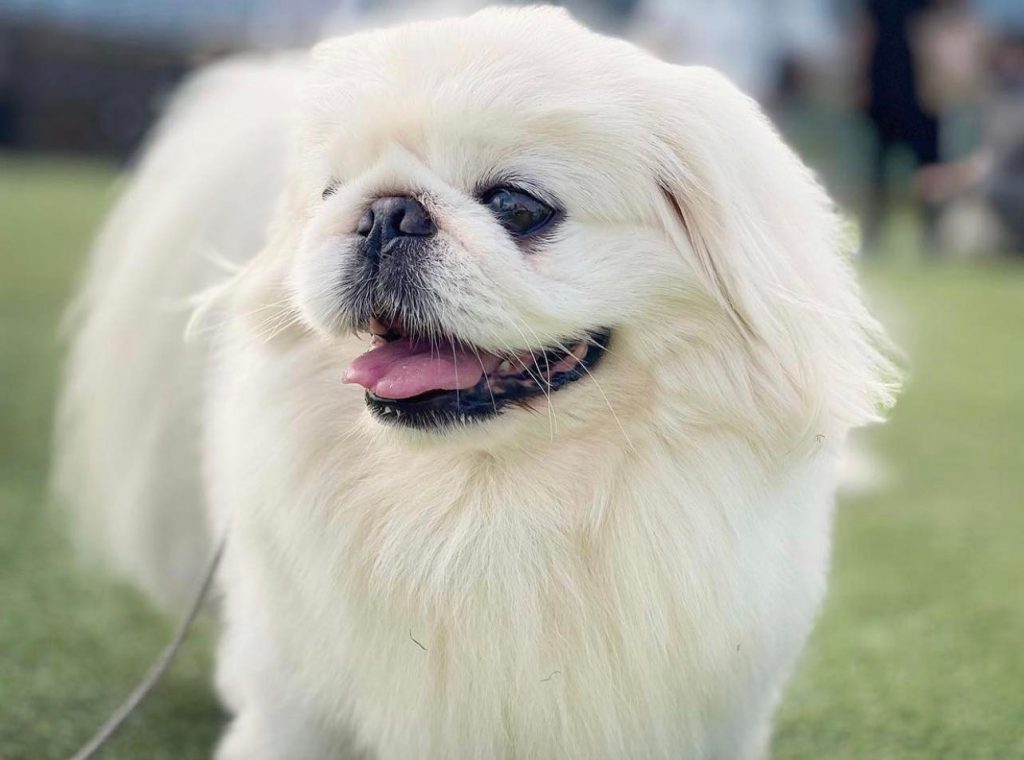 Typical traits: Independent and spirited, confident and bold, determined, loving and gentle with people. They can have a stubborn streak and can stop responding if they get bored. 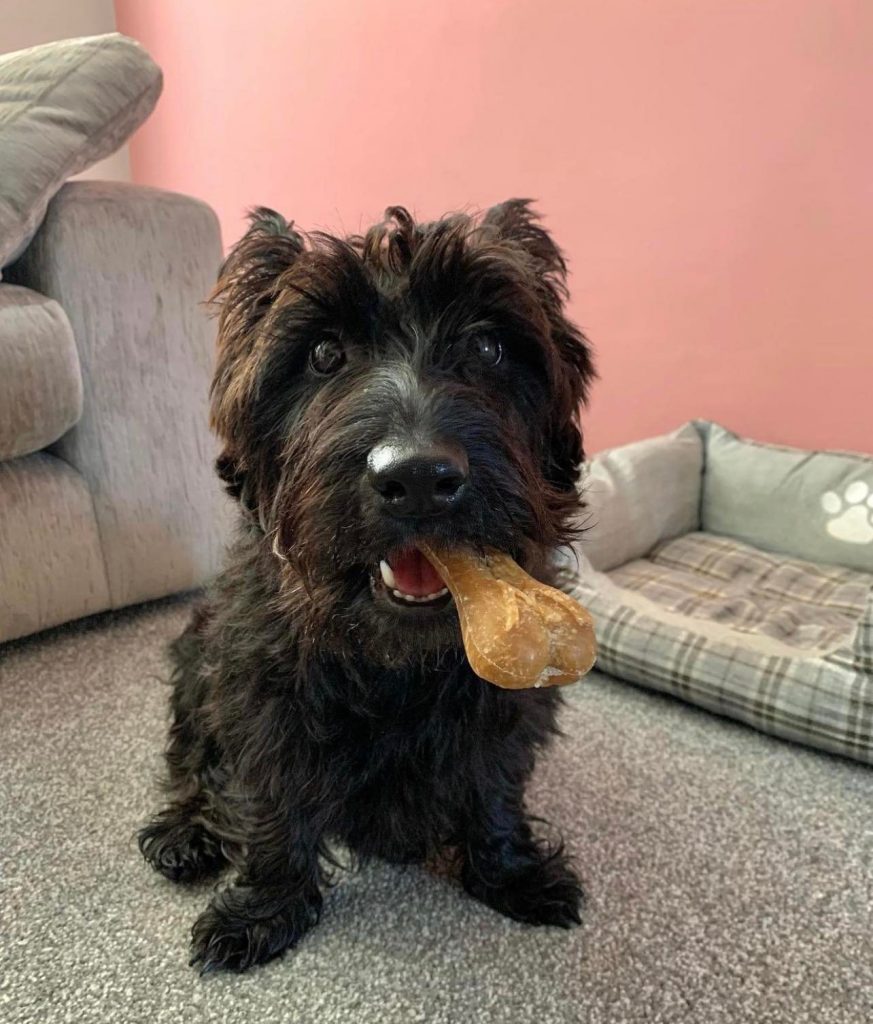