Did you know the human-dog relationship precedes the agricultural revolution?

Here’s what we know about how it began — with wolves — and the evolving complexity of our loving connection to canines.

The connection between human and dog runs deep. Early signs of domestication date back to 33,000 years ago and unambiguously domesticated dogs are common in the archaeological record beginning 15,000 years ago. The pairing makes for a striking case in coevolution — no other species has been so thoroughly integrated into human society. Dogs are our sentinels and shepherds, hunting partners and cancer detectors. 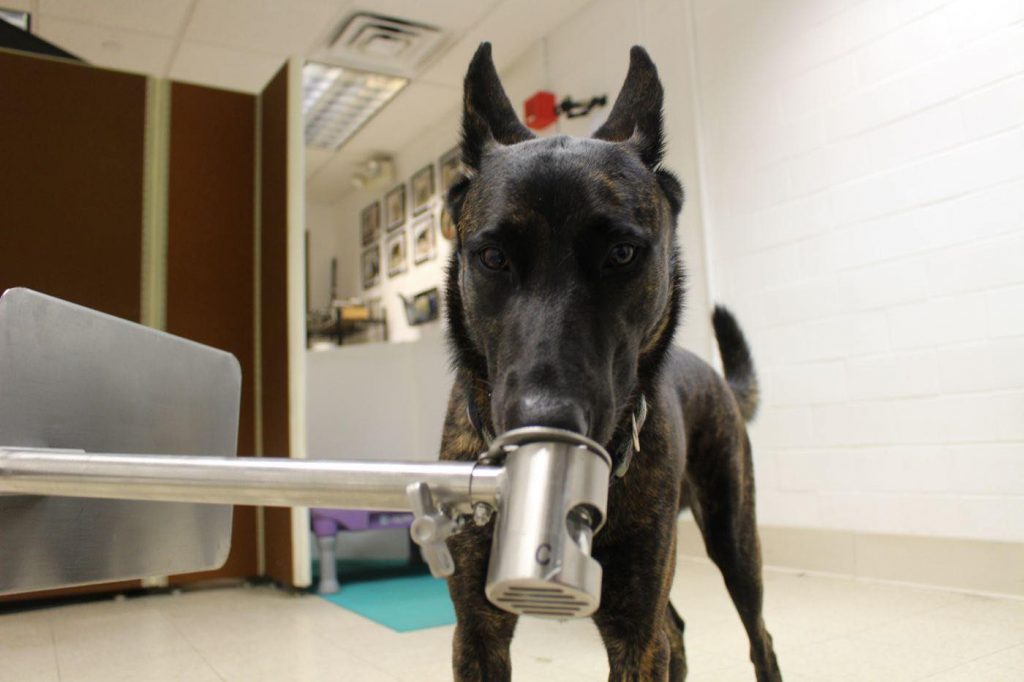 And more importantly, to those of us who have had dogs in our lives, they are our dearest friends.

Though in many ways we take their presence for granted, the story of this unprecedented interspecies alliance is complex. In recent decades, we have brought the full force of the scientific method to bear on the origins of our beloved companions. Insights from disciplines as diverse as psychology and archaeology, genetics and biology have filled out the pencil sketch of our shared history brushstroke by brushstroke, resulting in a portrait both surprising and familiar.

Wolves and their tenderness 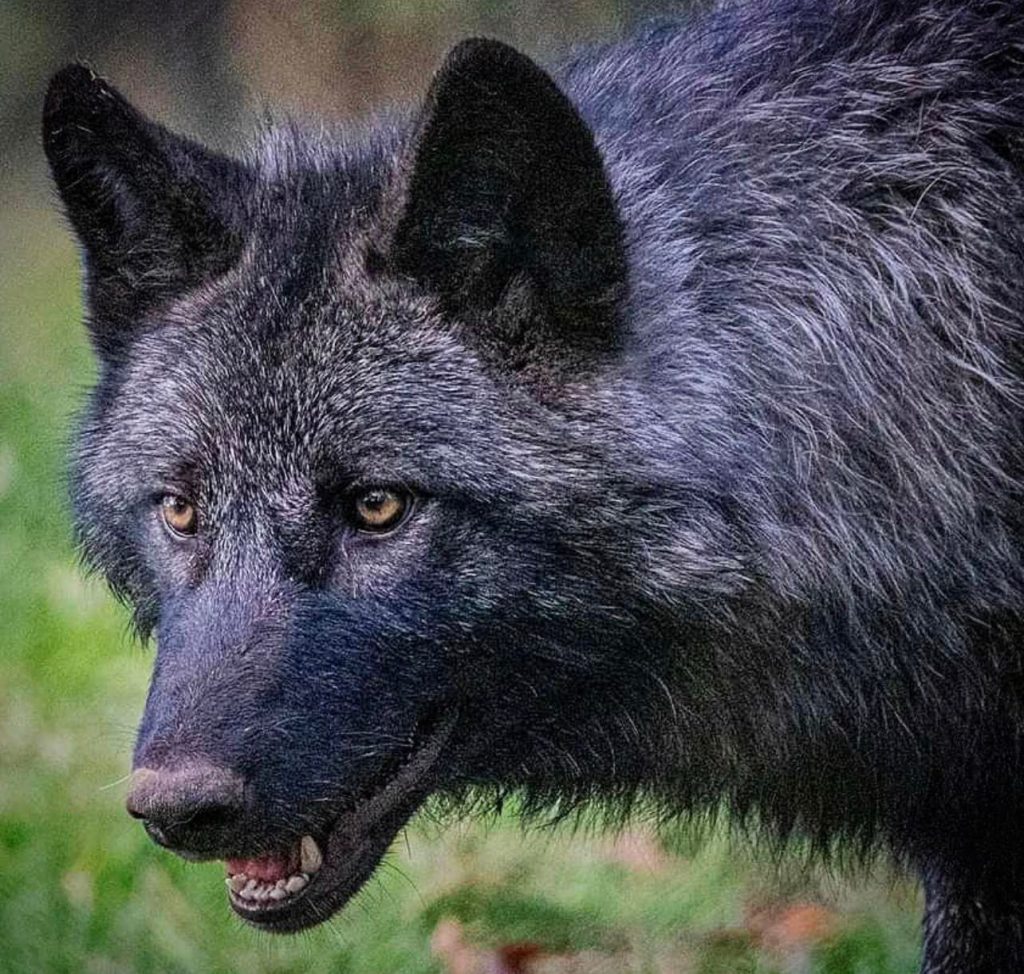 Until relatively recently, the tale of how dogs and humans came to be so intimately acquainted took the form of a parable: Early hunter-gatherers adopted wild wolf pups, abducting them from their dens or perhaps fostering them after killing their parents. Raised by humans and selectively bred over generations for docility and tractability, these lupine changelings morphed into something close to the canines we know today. Like most just-so stories, this appealing etiology has disintegrated under scrutiny.

For one, modern studies of wild wolf pups raised in captivity 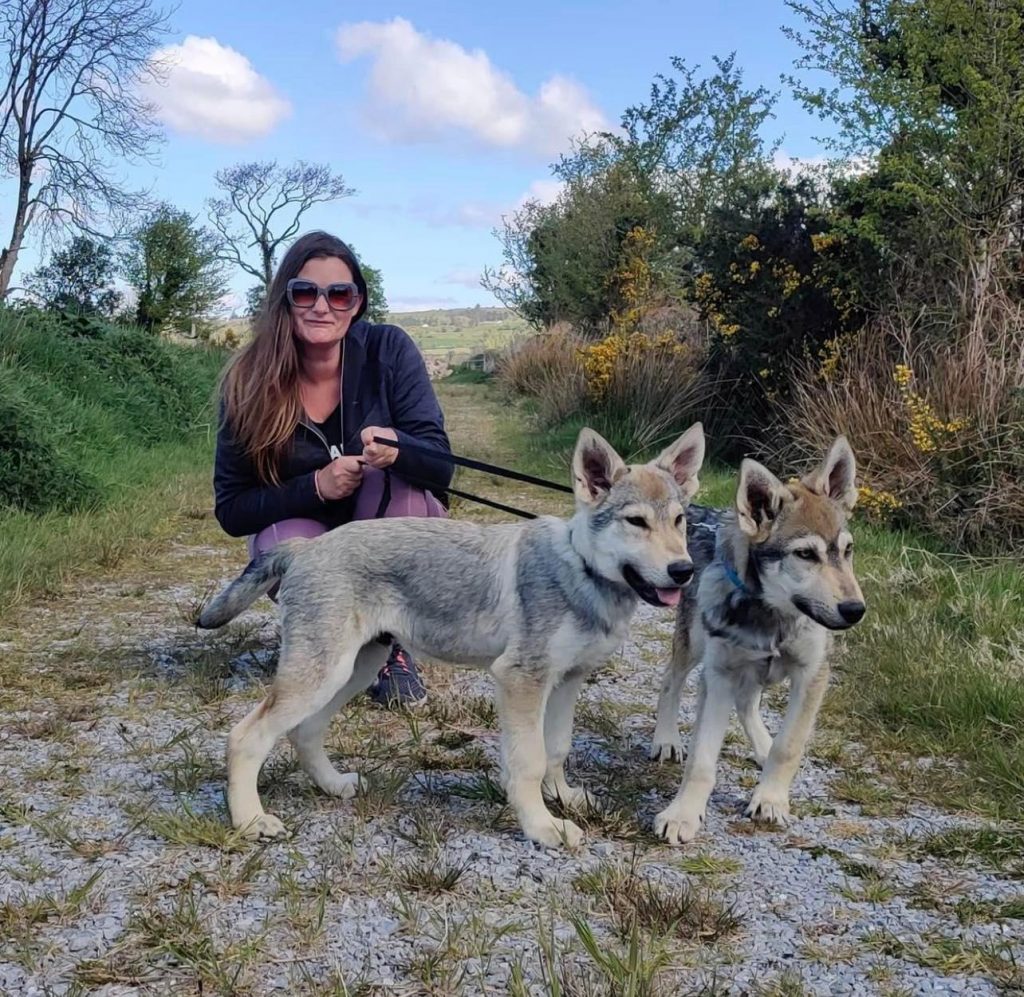 demonstrate that this would have almost certainly been impractical — the hardscrabble lifestyle of early humans was tough enough. Regardless of how much attention, training and affection are lavished on captive-raised wolf puppies, they remain wolves. They don’t take to training well and are in constant contest with their trainers for dominance.

It’s difficult to imagine that many hunter gatherers would have had the time or patience to deal with a wolf pup or why they would want to.

Wolves more likely became acclimated to humans while scavenging the remains of their kills — they essentially kicked off the domestication process themselves. Wolves on their way to becoming dogs were a great alarm system. Domestic dogs are in fact more vigilant than wolves. The off-spring of these more-tolerant wolves were likely then selected for other useful skills, such as hunting.

The relationship may have been reinforced by the innate human attraction to pedomorphic, or infantile, features like wide eyes and shortened faces, seen in wolf puppies and exaggerated in domestic dogs, even in adulthood. An ethnographic study found that, contrary to the stereotyped image of a man and his dog forging their way through the wilderness, women’s perceptions of dogs were positively correlated to both their utility in a given society and their status as persons. It may have been women who consolidated this millennia-long friendship.

Whatever the reasons for the initial attraction, dog domestication was not a singular event, but rather constituted a multitude of events, spaced across geography and time. And it wasn’t a one-way street.

Semi-domesticated animals frequently returned to the wild and interbred with wolves. In a vivid illustration of that fact, it was recently determined that black wolves carry a small amount of dog DNA. 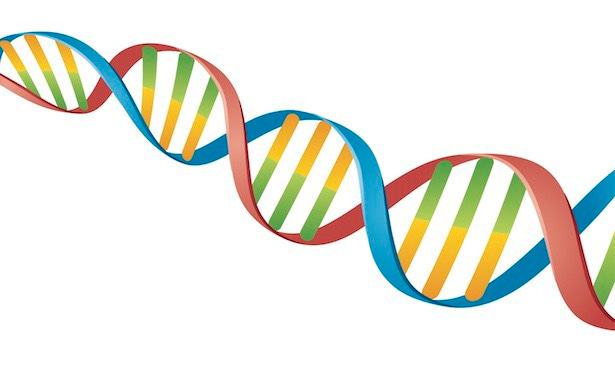 Experts caution that it can be nearly impossible to tell if early canine remains were dogs or wolves. Neither their morphology nor their genetics are smoking guns when it comes to domestication.

Do Dogs Love Us? 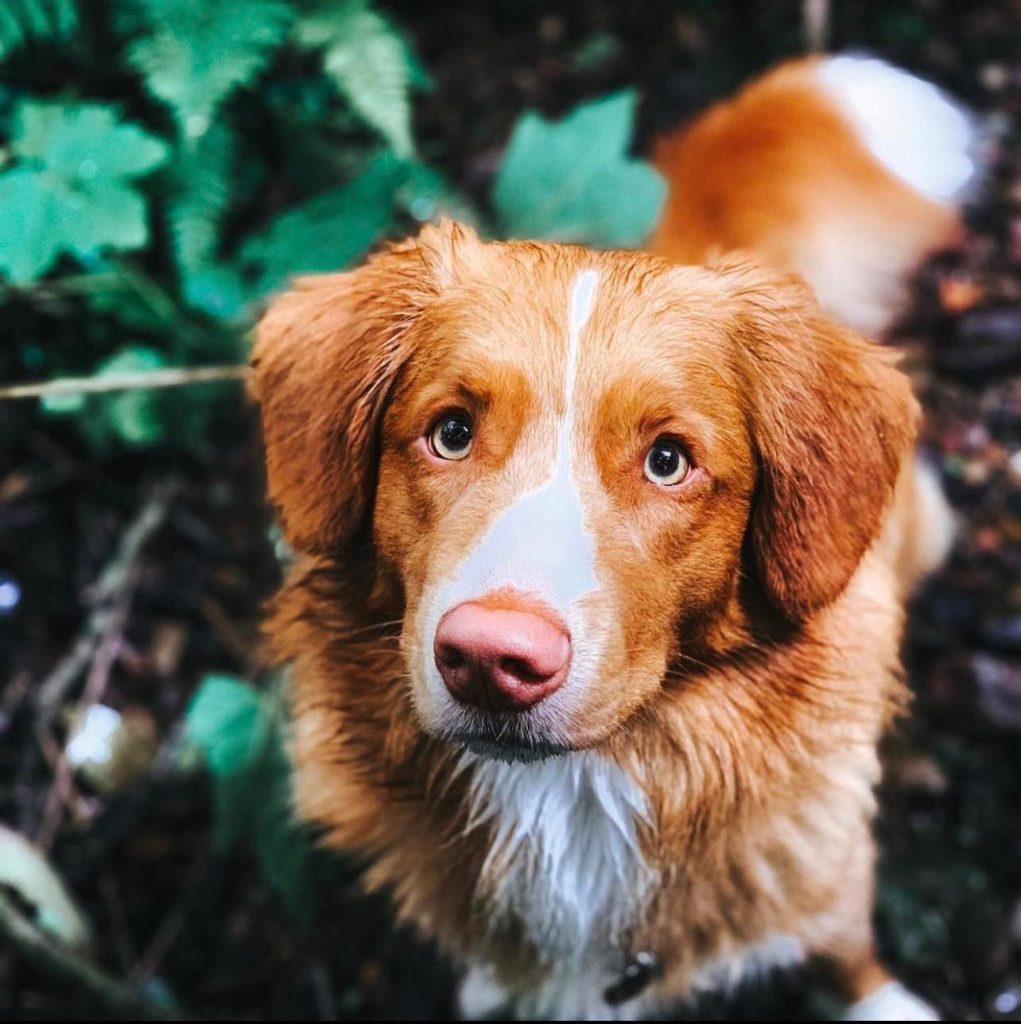 The ability of dogs to communicate with us is empirically provable. But can we say definitively whether our emotional attachments to them are requited? We can’t ask them outright, but some studies offer support for the assumption that they love us back.

One investigation found that dogs were able tovisualize their owner’s face when they heard their voice. And another discovered that dogs were more strongly drawn to images of their owner’s smiling faces, as opposed to images depicting a neutral expression. In a study, the caudate nucleus — the brain’s reward center — showed the most activation when the dog was presented with anobject that smelled of its owner, as opposed to other olfactory stimuli. While tantalizing, these findings might have other explanations. Humans are, after all, responsible for feeding their pets. Could these responses simply indicate anticipation of food or other caretaking needs?

More compellingly, it has been shown that dogs are drawn to people who arepretending to cry, even when they are strangers and their owners are present. This is at least suggestive of an empathetic instinct. Similarly, another study demonstrated that the caudate nucleus showed greater activation in response to praise than it did in response to food.

Perhaps the most convincing evidence of canine love comes from, of all sources, urine — specifically its oxytocin content. Analyses ofdog andhuman urine show that both species release oxytocin when they look at each other. Oxytocin has been referred to as the “love hormone” and is also stimulated in humans while holding infants, hugging and engaging in sexual activity. The next time your dog has an accident, consider this: As messy as it is, maybe there’s a little bit of love soaking into the carpet.

The road connecting human and dog still has plenty of bumps in it. We still wrestle with questions of animal welfare — many purebred dogs suffer from congenital disorders and animal abandonments, while declining, are still a major issue. Domestication, even at this advanced stage, is still not set in stone. More than three-quarters of dogs worldwide are free-ranging animals — existing in a liminal state between wildness and domesticity.

At the same time, there is a suite of evidence showing the increasing value placed on this interspecies relationship. More than half of millennials own dogs per some estimates — and the vast majority of dog owners consider their pets to be members of the family. Even in China, where dogs have been served as food to some people, pet ownership is growing exponentially. Some Chinese cities have even moved to end dog slaughter. Postponement of child-rearing — or deciding not to have children at all — may in part account for these trends, and in doing so provides further support to the notion that dogs have co-opted our caretaking impulses. Interestingly, women are the primary caretakers of dogs in more than 70 percent of households.

We are far more likely to anthropomorphize our dogs than any other pet animal. And both men and women speak to dogs in what is called “doggerel.” It is very similar to “motherese” or infant-directed speech — the baby talk we use on human infants.

“I may be wrong, but I call it love — the deepest kind of love,” opines a character in Where the Red Fern Grows. Whether or not this is ultimately true in a provable sense remains to be seen. 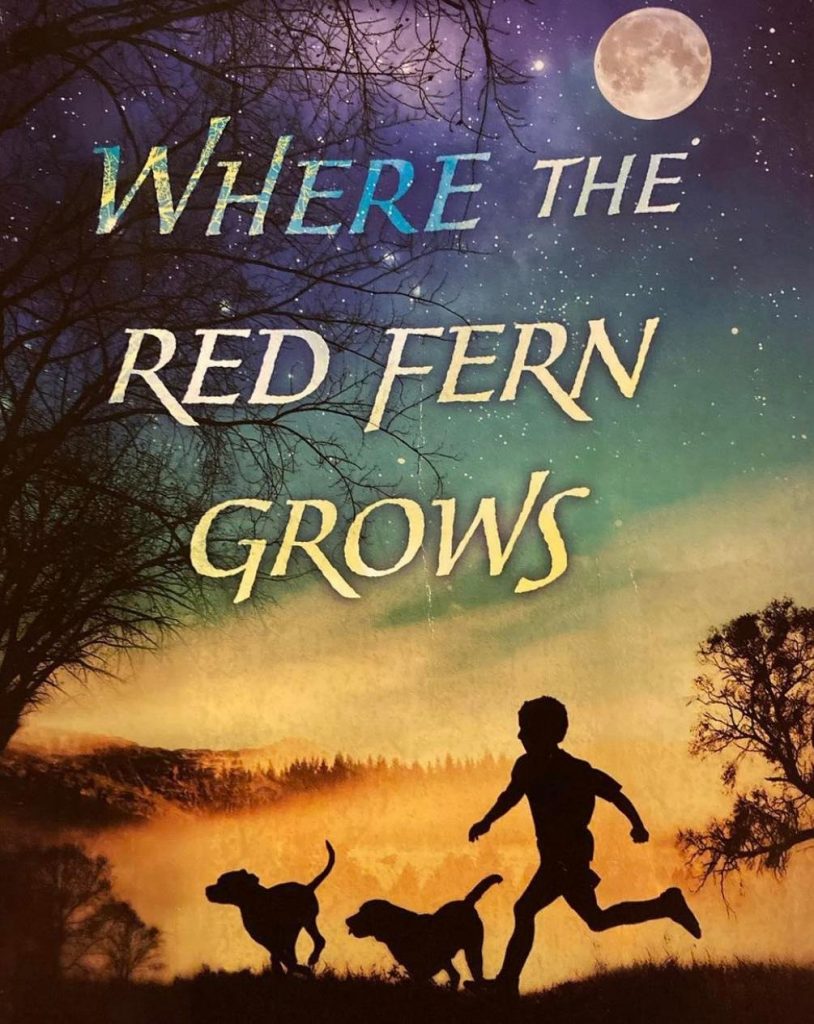